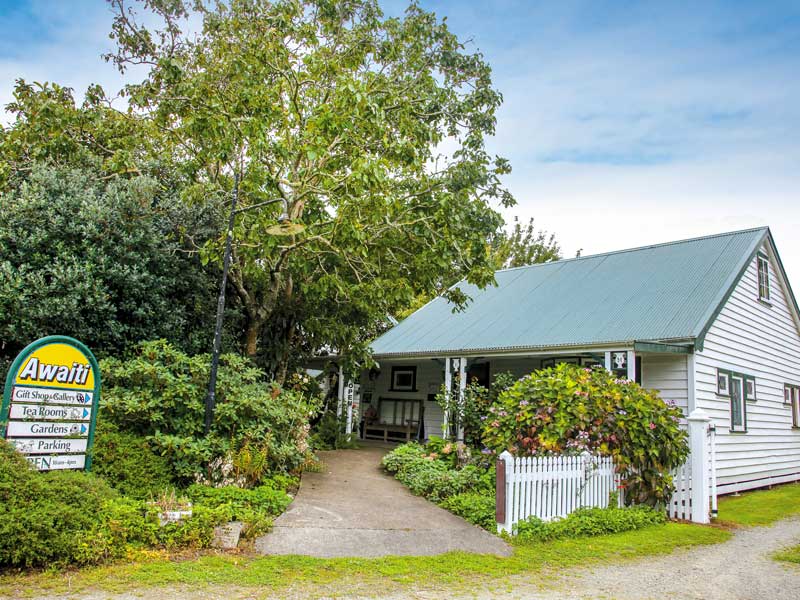 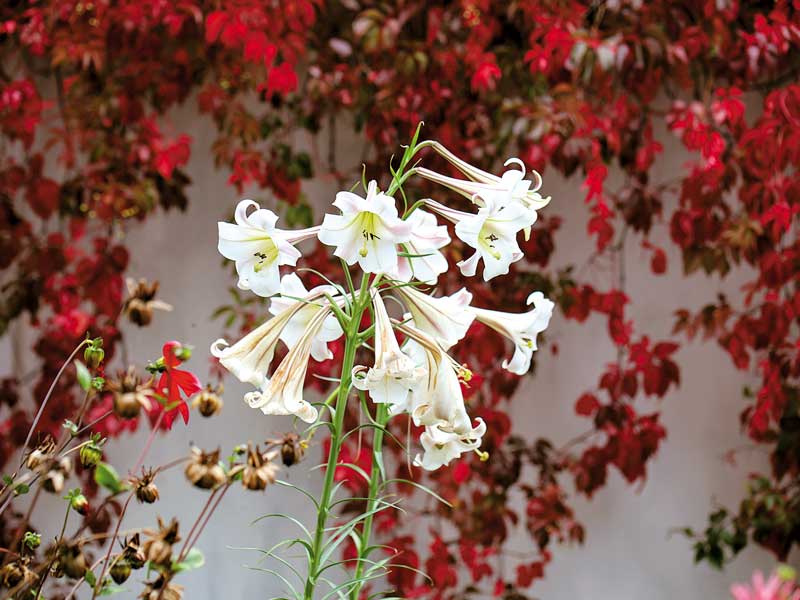 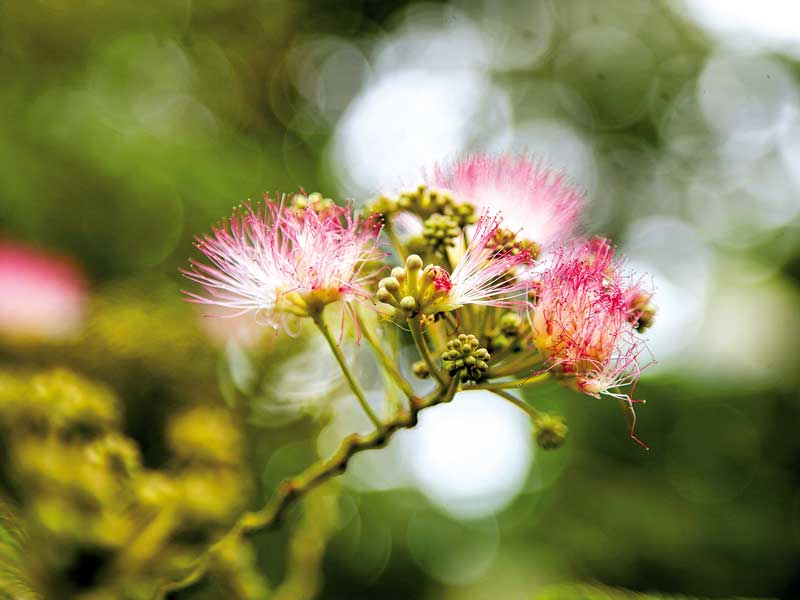 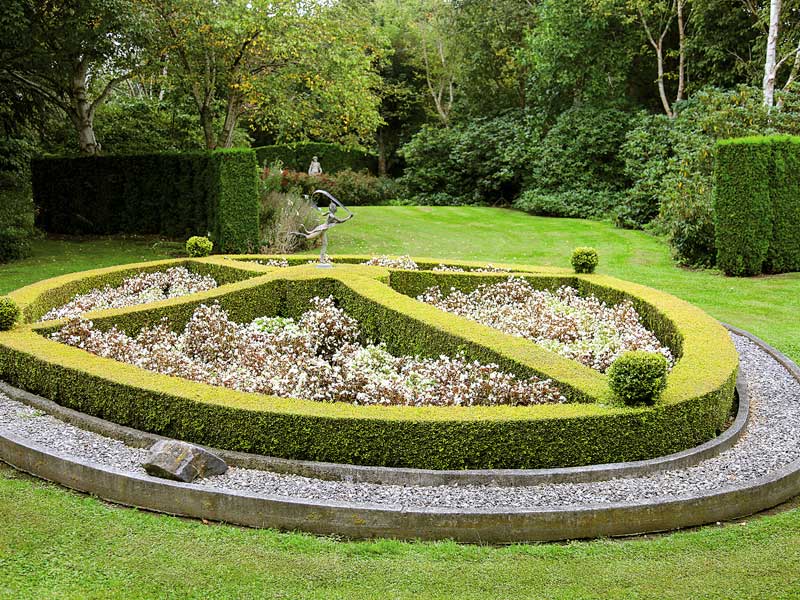 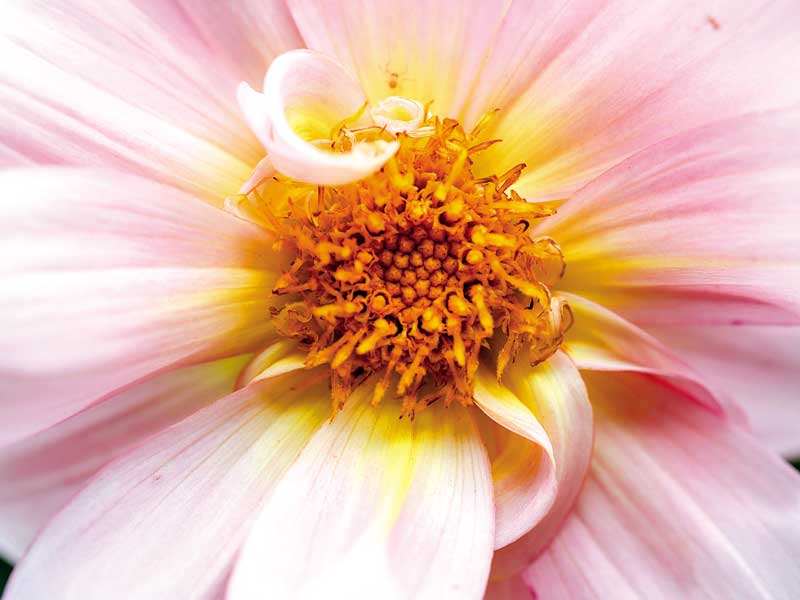 Awaiti means ‘little stream’ and the one that meanders its way through the garden of Jeanette and Allan Gates is one of the foundation features of the garden laid out more than 30 years ago. The six-acre woodland garden, just out of Carterton, is located down a country road that leads to the foot of the Tararua Ranges. “It’s kind of evolved and grown with us,” Jeanette explains in that typically understated way that many gardeners who have established magnificent gardens do. Allan confesses, “We’ve moved the boundary fence out seven times.” The Gates family’s presence in the district goes back five generations, dating to Allan’s grandparents who emigrated from England and began farming here. It’s been a dairy farm and a deer farm and when the economy was tough in the 1980s—“blame it on the Muldoon era,” Allan says—the couple began to think of other things they could do to diversify. They began planting and landscaping the garden in 1982 and opened it to the public in 1989. Tearooms and a gift shop built by Allan—a builder and joiner by trader—were added later. Jeanette and Allan’s daughter, Katarina who lives next door with her family, helps Jeanette run the gift shop, which is a year-round Christmas wonderland. More recently, they’ve scaled back the tearooms to simplify their operation. Instead, visitors can bring their own food and picnic in the garden, with tea and coffee available. Much of the building material Allan used to build the gift shop came from recycled timber. He’s also made many of the attractive leadlight windows. “I have sourced recycled timber from all over. The arches are made from timber rescued from the river from the back of farm, and generally, we’ve used all native timber—rimu, heart matai, as well as macrocarpa, and radiata pine.” Fences and seats throughout the garden are also built from recycled wood. Awaiti is truly a secret garden that unfolds like an intriguing mystery as you go. My eye was attracted to a mass of soft pink Japanese anemones growing beside a path and a rustic shed decorated with deer antlers. It’s early autumn and the russet colours of the season aren’t yet apparent but the remnants of last summer—lots of brightly coloured dahlias—are still evident. Allan explains, “Visitors ask me what the best time of year is here but every season produces something new. I love spring, but I also love autumn when you get all the trees colouring up: the varnish tree, paperbark, scarlet oaks, gingkos, tulip trees, and maples all turn fiery shades of red.” Jeanette and Allan planted the garden partly to create a screen to combat the dust kicked up by milk tankers and cattle trucks to their farm. Allan says the green belt has worked wonders and he reckons it’s made the area cooler and attracted rain, too. Having established Awaiti, they soon got requests from people wanting to bring a picnic and stroll around the garden and also to attend the art classes and china painting sessions held by Jeanette. “That’s when we decided to really go for it and do it properly, adding the cafe and gift shop. We went for it, working seven days a week; it just about killed us,” Allan says, “But we were young and could cope.” And when the busy gardener gets time to pause, does he feel satisfied? “I look at it and think, heck have we planted all this? “When I stretch my arms round some of these trunks I think, wow!” Awaiti is also a popular wedding venue, and no wonder, with its classical statues gazing out from neatly clipped hedges and blossoms, it seems a very romantic spot.

The seasonal variety at Awaiti: