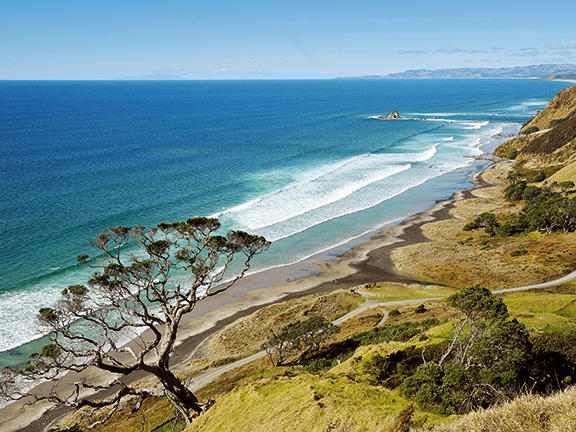 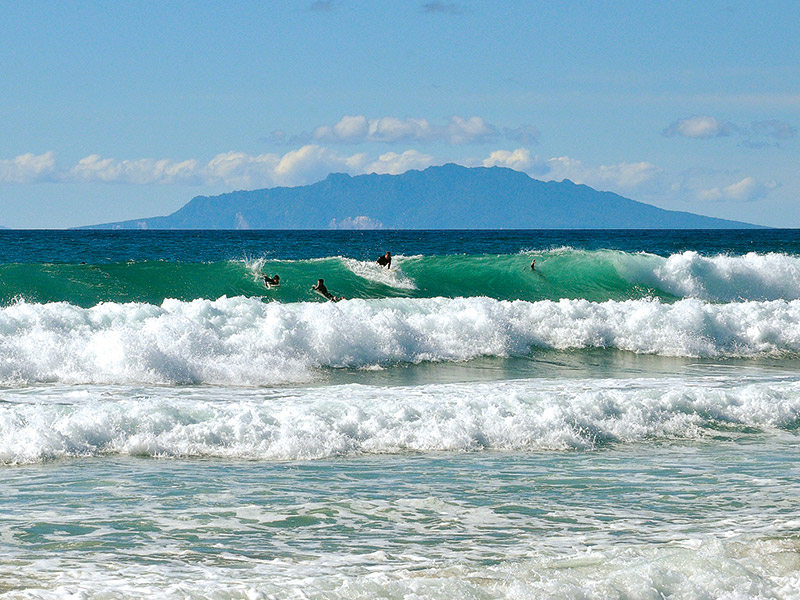 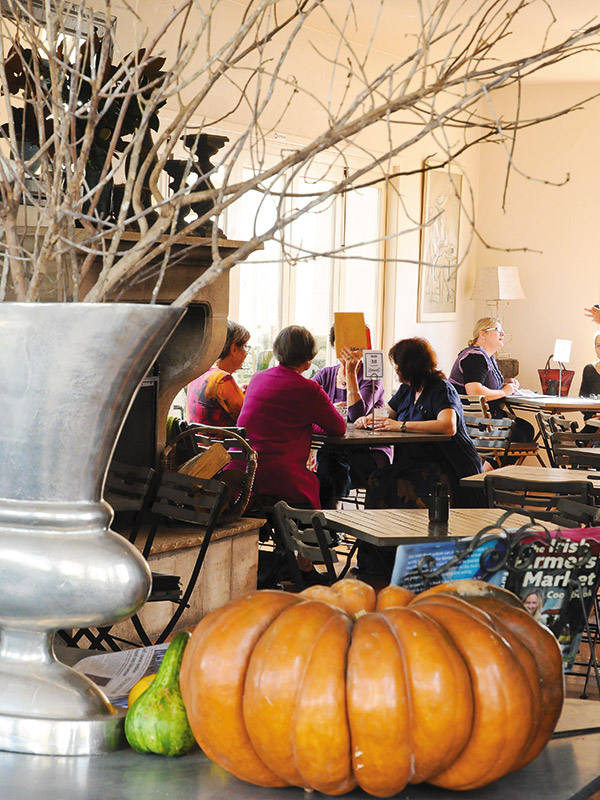 It's a blue autumn day and there are plenty of surfers at Mangawhai Heads, catching the last of the golden weather and the big, tidy waves rolling in from the endless Pacific. They make it look easy; perching on their boards in the deep, paddling like billy-o when a wave trundles in, then standing and surfing along its opaque aqua curl.

Surfing, along with ballet, acrobatics and mono-cycling are probably not for me in this life, but I like a good walk and the Mangawhai beach and cliff walk is one of the best. It was also a perfect day for it.

From the surf club we walked north along the beach and around a rocky headland. From the middle of another beach a sign pointed uphill to where the track curls through dunes and climbs – via a few hundred steps – to the cliff far above.

At the top of the cliff the hard walking work is done and the track ambles along the cliff edge with grassy farmland on one side and the rocky foreshore and ocean far below on the other.

Allow me to go gaga about the views with, to the north, Bream Head and the Hen and Chicks Islands; to the east Great and Little Barrier Islands, which have taken on the colour of the sea and sky and are smoky blue; and to the south where we looked down the endless beach to Cape Rodney. Giant pohutukawa trees stretched audaciously over the cliff edge, hanging on by their gnarly old toenails, defying gravity, wind, salt spray and storms, to proudly thrive in this inhospitable place. Flax flourishes too on the steep slopes and manuka gets by in a stunted way, with its topknots neatly trimmed by the wind.

The track – about four kilometres long – follows the undulations of the cliff top and eventually descends down a steep valley, through shady groves of nikau and taraire, to the rocky foreshore. The tide is out, so we are able to walk the foreshore back to Mangawhai while enjoying the thrum of the surf and its mesmeric coming and going.

Mangawhai is a town of two parts; the village at the crossroads near the inland end of the estuary and Mangawhai Heads, where the estuary empties into the sea. It is six kilometres along the estuary between the two halves.

Houses face the sea and cool additions such as a golf course and a funky new museum are on the landward side of the road.

The waves and wildness of the coast are a complete contrast to the estuary, where kayakers and water skiers enjoy the gentle ebb and flow of sedate backwaters. One can cross the estuary in a boat and explore the isolated sand dunes on the other side. These dunes are prime birdwatching territory and are home to rare Caspian terns, fairy terns, white-fronted terns, dotterels and many more common shore birds.

Though we love birdwatching we don't have a boat and, besides, we've walked up an appetite. The best eateries and bars are in the village-end of the town. Mangawhai is blessed with two restaurants that are highly regarded on foodie websites and a bunch of others that are reputed to be quite good.

The Frog & Kiwi is a French restaurant: the real-deal, owned by a French chef. Around the corner is Bennett's Café.

It's not an easy choice, but Bennett's wins and we are glad to find that the team there are totally dedicated to showcasing local produce. We share a platter. The three different kinds of crackers are made in the kitchen, as is the soft and creamy labneh cheese. The pear chutney is made from the fruit off the chef's pear tree, while the olives come from the olive orchard down the road.

To wash down this feast we enjoy a pinot gris from a Mangawhai winery. Later, we adjourn to Bennett's Chocolaterie, across the courtyard from the cafe. Mangawhai has a reputation for arts and crafts, so I visit the nearby Smashed Pipi Gallery. Smashed Pipi specialises in pottery and glass art and belongs to an extended family of potters. Barbara and Barry Hockenhull started potting 40 years ago.

Besides selling their own individually distinctive pottery they sell the work of 14 glass artists, as well as jewellery and textiles.

Smashed Pipi has a café bar across its courtyard and Sam, who is not a shopper, continues sampling local wine at the bar while I potter around the gallery, making imaginary lists of the beautiful pieces I would buy if I had more money and a bigger house to put them in.

It's been a big day and, unfortunately, it's time to head home

I feel as if I haven't finished with Mangawhai. There are still olive farms and wineries to visit, a French degustation at Frog & Kiwi to be had and the new museum to explore.
Next time then. I'm looking forward to it already.

Mangawhai is on the east coast 90 minutes' drive north of Auckland's Harbour Bridge.

Mangawhai Riverside Holiday Park beside the estuary is quiet, with pretty tree-filled grounds and just a short drive from town and Mangawhai Heads. Powered sites are $40 per night for two. 41 Black Swamp Road.

Mangawhai Heads Holiday Park is close to Mangawhai Heads and adjacent to a white sand beach and the gentle water of the estuary. It's also near to some local shops. Powered sites are $18 per person.

For the latest road trips, as well as motorhome news and reviews, subscribe to Motorhomes, Caravans & Destinations magazine here.