The Country Road route to Manawatu 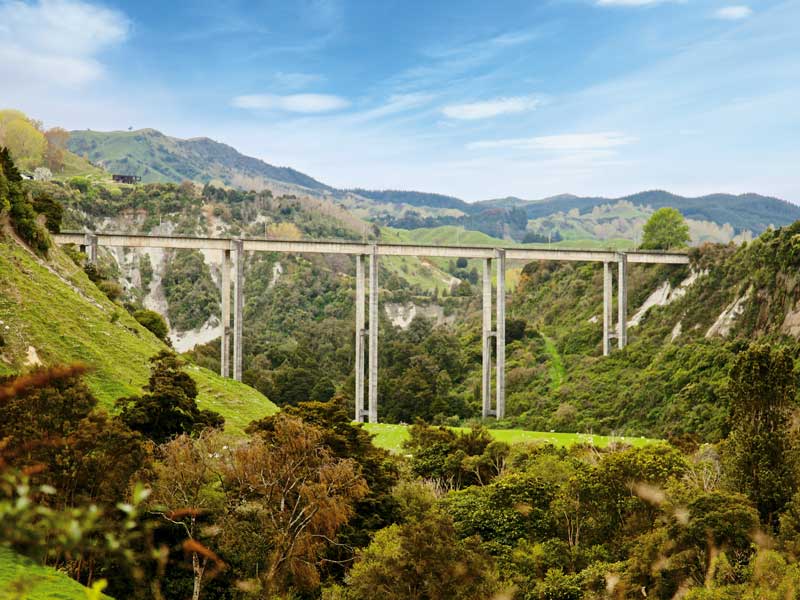 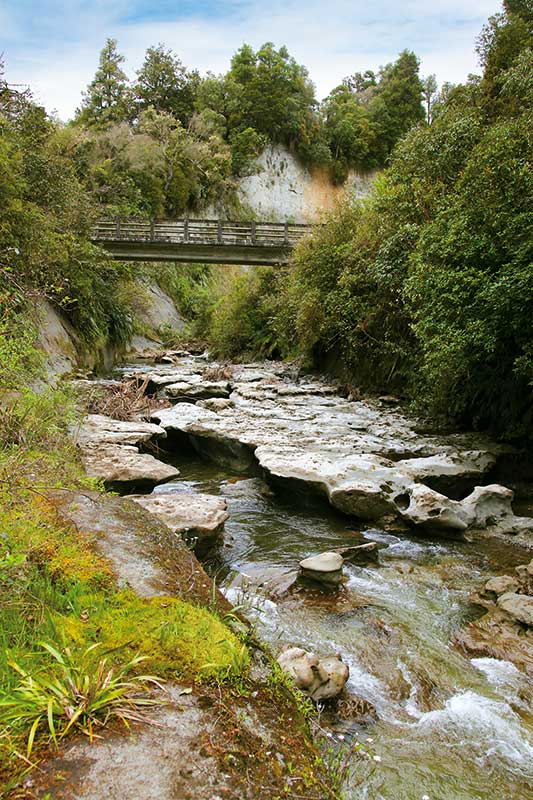 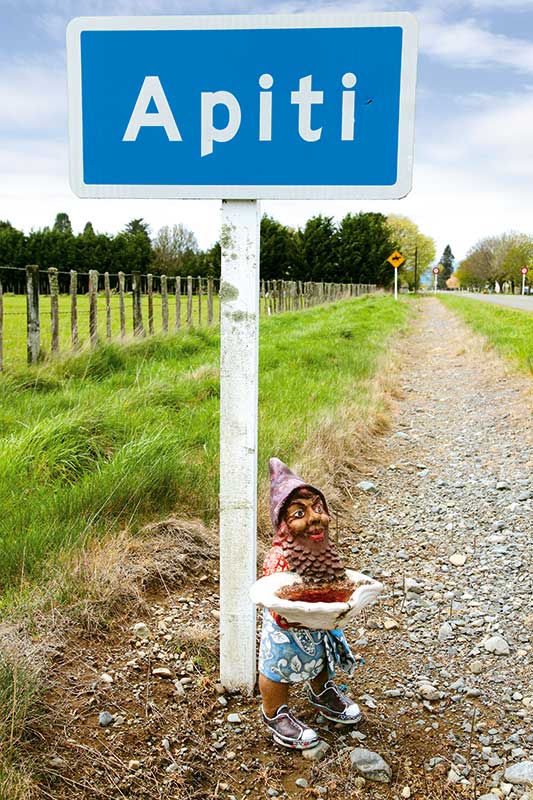 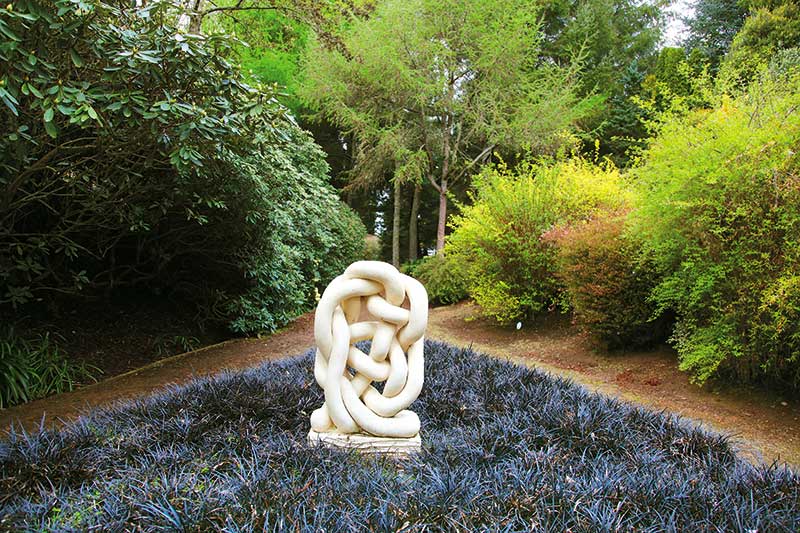 According to the website, ‘The Country Road is not a single road, but rather a series of experiences and memorable journeys on the beautiful back roads of the lower North Island.’

But looking at a map there were so many choices about where to go and we only had so much time. We could take any one of these routes: Stormy Point; Peep O’ Day; Pohangina Valley; or experience what Iron Gates or Horowhenua had to offer.

To help decide, I phoned its website contact, Steve Bielski, who lives at Rangiwahia with his wife Mary, along the Iron Gates section of the route. That’s when he kindly invited Glenn and me to stay overnight, so that sealed our decision.

If you flew in a direct line from where we live in central Hawke’s Bay you’d just about end up in the Bielski’s backyard. Except that the Ruahine Ranges divides the two locations, so that’s why you have to go around the long way.

We drove through the Manawatu Gorge and turned off at Ashhurst, passed through the undulating dairy country surrounding Colyton, past the quaint Cheltenham Hotel and were soon in Kimbolton.

A wander around the village to see what’s behind the façade is in order. A photographic display gives us a snapshot of the district from the late 1800s to mid 1900s, the town library is housed in a teeny, heritage cottage and a black dog ferociously guards a gate with the All Black’s flag on it. We find a nice, clean public toilet in the Kimbolton Public Hall on the main street.

At Hansen’s Cafe we lunch, seated beside a cosy wood fire – although it’s October, it’s still chilly outside.

Owner, Jared Wayman has moved from Mapua, near Nelson, to Kimbolton and he is enjoying this new venture. The food is healthy and delicious and the cafe, with its elegantly rustic decor, has an attractive ambience – definitely a place to return to.

In the village and surrounding countryside, the landscape is popping with the colour of rhododendron blossoms, so we decide to visit a couple of nearby gardens.

At The Heritage Park Rhododendron Garden, volunteer and treasurer, Mary Manning tells us the park was established in 1967 and used to belong to the NZ Rhododendron Association but was later sold to the trust that owns it today. We marvel at how much voluntary work goes into the upkeep of a park like this. As we go on our way, Mary offers to make us a cup of tea when we return. Now that’s country hospitality for you isn’t it?

As if one garden wasn’t enough (it never is), we then go to Cross Hills Garden. This seven hectare garden features over 2000 varieties of rhododendrons and was established by the Wilson family in 1970. It also has a cafe and plant sales.

In the tiny settlement of Apiti, a gnome dressed in holiday gear greets us beside the town sign. This area is the gateway to the Ruahine Forest Park and from here, trampers can easily access a number of huts.

The Bielskis had recommended the Apiti Bar and Grill as the place to go for a bite to eat and if the delicious smell wafting from the kitchen is anything to go by, their recommendation promises to be true. Owners, Wendy and Paul MacDonald also welcome motorhomes – there’s a lawn adjacent to the bar and grill. “We don’t charge as most of them come in for a meal or drinks,” says Wendy.

After Apiti, the landscape changes and the road narrows through one of the area’s distinctive gorges, formed by papa and greywacke.

At Mary and Steve’s, we receive a warm welcome and then, without further ado, we are off out the gate because Steve has a lot to show us. He is passionate about his home turf – he grew up here, then after he and Mary were married, they returned to run the family farm and raise their three boys. His Polish great grandmother, Barbara Bielski, was an early immigrant to the district.

As he drives, Steve explains how he and Mary, plus other local residents, had to go to great lengths to convince the Manawatu District Council that the 8kms between Rangiwahia and Apiti was worth sealing. “It doesn’t sound much, but it was the missing link on the Country Road route. Previously, it was narrow, dusty and so badly potholed that it put many drivers off attempting it.” Finally, in 2014, it was sealed. “Members of our community gathered at Rangiwahia Hall to celebrate the occasion,” he says.

Rangiwahia was supposed to grow into a big town, but never did and now even the primary school has closed. The population shrank when the native timber mills closed down and many farms amalgamated. Steve tells us that winters here are very harsh, however, sheep, beef and dairy farming thrives here, as do crops of potatoes. The Rangiwahia Hall is still put to good use for local celebrations and Steve says motorhomes are welcome to park here – there’s a BBQ, power points and it costs only $5 per night to stay, $10 if using power points. “We have many little halls around the Manawatu and it’s difficult for them to pay their way, so this is a good solution for everyone.”

We come out on SH1 at Mangaweka, which is the northern most point of the Country Road. It’s a haven for outdoor enthusiasts who go there to enjoy activities such as white-water rafting, tramping, bungy jumping and fishing.

On the way home Steve shows us his favourite swimming hole in a scenic reserve known as the Ruahine Dress Circle. He tells us that it’s been their family tradition for many years to picnic here each Boxing Day. The view from the top of the Dress Circle – with its dramatically sheer cliffs, native bush and mountain backdrop – is spectacular.

Mary has a roast dinner waiting for us when we return and by this stage we are ravenous, so tuck in heartily. I am interested to find out more about Iron Gates: what and where are they? “They chose to name this part of the Country Road route the Iron Gates Experience in homage to the Iron Gates Gorge near here. This is where the Oroua River narrows as it passes through narrow, sheer cliffs. The early settlers named it Iron Gates, because it was impassable,” says Mary.

On Sunday morning, we sink into comfortable couches and cheer boisterously as the All Blacks destroy the French advances in the Rugby World Cup match. Across the room, Mary and Steve are doing the same. We met only yesterday but today we are as comfortable in one another’s company as these couches.

Before we go, there are a few more places Steve wants us to see and one of them is the glow worm caves in Limestone Creek Reserve. After a short walk through the bush we reach the cave. Because it’s light, obviously we can’t see the glow worms, but it’s worth the trek to see this cavern, surrounded by a mossy bank oozing with droplets of water.

There’s much to see in the picturesque Pohangina Valley which takes us back to Ashhurst, but we are so sated by the previous day’s offerings that we’ll leave that and the other parts of the Country Road for another time.