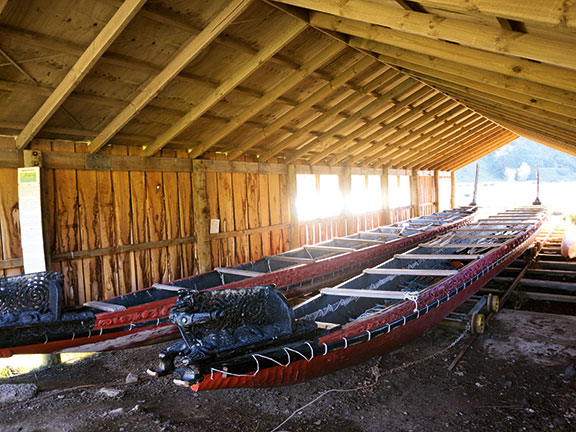 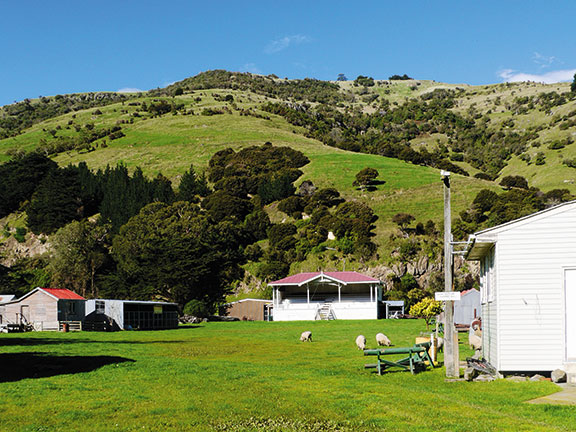 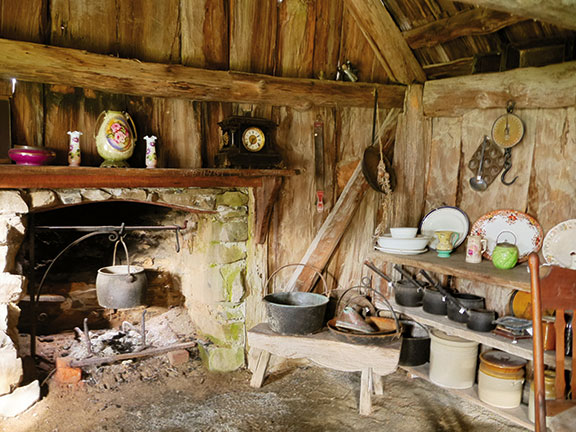 Each part of the museum gives a wonderful glimpse and greater understanding into colonial life in NZ. 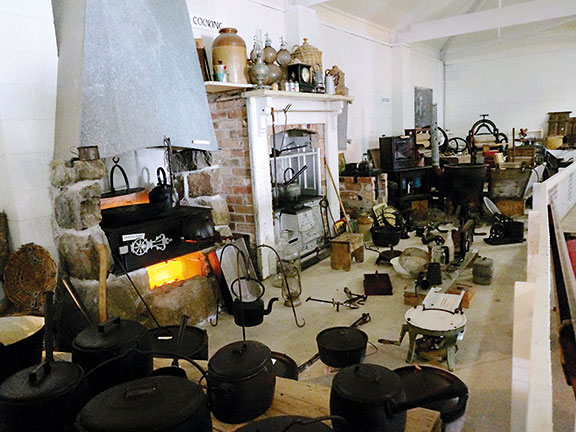 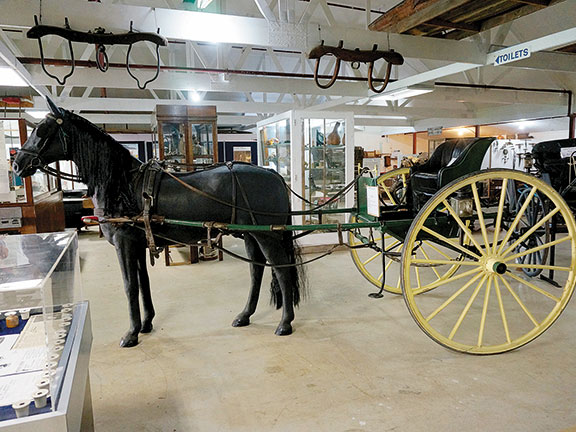 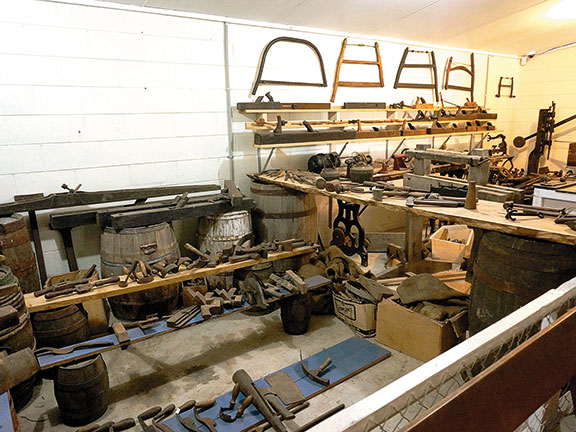 The voluminous collection of tools. 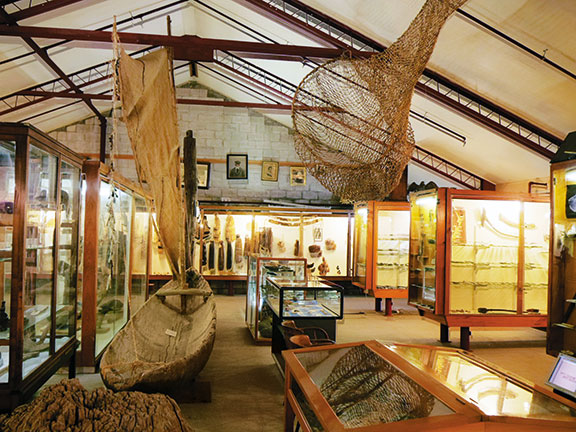 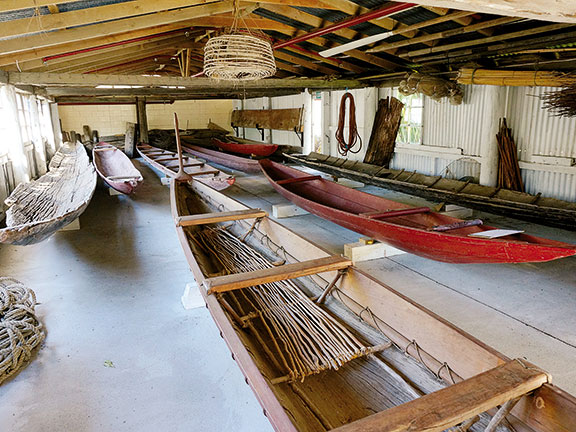 It's a struggle to take in the vastness of everything on show. The long drive, the winding roads, the storm, the tempest and the year-long wait were all worth it from the moment we stepped inside the gate. Here, in a quiet rural outpost — home to around 30 families and usually well off the well-worn path for Banks Peninsula visitors — is what must surely be one of the country's best small museums: Okains Bay Maori and Colonial Museum.

Okains Bay is a picturesque settlement around 90 kilometres from Christchurch, and 19 kilometres from Akaroa. We had sort of stumbled upon it the year before, also on Anzac Day, while navigating the last part of a razorback track linking Diamond Harbour to the lesser-known northeastern bays of the Banks Peninsula.

On that occasion I had been particularly captivated with Pigeon's Bay and could not imagine a finer place to get away from it all — until we wound our way down into the hitherto unknown (by me) Okains Bay settlement.

The tiny township remains delightfully trapped in a time-warp, as if unchanged since its establishment by early European settlers. The Banks Peninsula's first public library was built here in 1860. The beautiful church of St John the Evangelist, built from local creek boulders and handmade bricks in 1863, is one of Canterbury's oldest. Sadly, it is still awaiting repairs after sustaining earthquake damage.

The area's first school was replaced in 1939 when a new school was built opposite, but it remains perfectly preserved, restored by volunteers. Visitors are welcome to make an appointment to view the replica 18th century classroom.

Nearby the Okains Bay Store (1873) is the longest continually-operating store in New Zealand. This is clearly a community that prides itself on its heritage — both Maori and early European. Yet none of these outstanding buildings prepares the visitor for the museum itself. One of NZ’s best small museums

The quality of the Okains Bay Museum is testament to the passion and pride in his heritage of one man, Murray Thacker, a descendent of one of the community's earliest farming families.

Murray's interest in collecting began around 1955 when he began to excavate the nearby Pa Bay and Pa Island settlements. When his collections outgrew the surrounding farm buildings, in 1968 Murray bought the disused Okains Bay Cheese Factory and developed it as a fitting home to his private collection before gifting it into public ownership in 1977.

The museum now contains more than 20,000 artefacts, including around 3000 taonga — a collection of such outstanding quality it threatens to rival that of Te Papa Tongarewa. In fact, so rare are some of the exhibits in the Whare Taonga — like the korowai (ceremonial cloak) woven with the feathers of albino kiwi — these are occasionally borrowed by the national museum.

The museum has an outstanding collection of waka, ranging from a one-man waka to ocean-going vessels that were paddled by around 100 men. These are housed in a special shed adjacent to the river are launched to mark each Waitangi Day.

These exhibits are all jaw-dropping, but it is next door in the Whare Taonga that the vast scale and national importance of the museum's collection becomes apparent. First is the Chatham Island's Room, which contains numerous artefacts from the island. Of perhaps greater importance still is a large segment of Moriori tree carving (dendograph) donated by Chatham Island families.

Inside the Whare Taonga proper, the vastness of the collection is at first almost overwhelming, and I struggled to take it all in. After a quick reccie, I was able to slow down and inspect more closely each glassed exhibit, although the sheer numbers within each remains staggering.

One example is the collection of fish hooks, which is both numerous and comprehensive with examples of hooks of every size carved from a variety of shells; bone or wood, with later metal examples which reflect early interaction with Europeans. Adjacent is a broad selection of nets, including my first glimpse of an intricately woven mussel dredge. And then there are the voluminous individual collections of tools — adze, patu, gardening tools and weapons.

Also housed in the Whare Taonga is a rare collection of Maori flutes; a sacred god stick dating back to 1400AD; and a hei tiki (pounamu necklace) from Akaroa, recovered in England. All of this and we were yet to step outside of the first main hall.

Needless to say, the rest of the collection continued to inspire as we viewed the adjacent buildings, beginning with the Whaakata (Meeting House), with carving done by master-carver John Rua, with intricate tukutuku and kowhaiwhai panels undertaken by expert weavers.

The Colonial Hall is growing all the time with new exhibits, including the recently curated WWI exhibition, and a gun store that opened the previous year. It features more than 80 exceptionally rare guns from the 1600s, including a five-cylinder percussion lock revolver and a William Cole of Ireland percussion lock pistol belonging to founding settler John Edward Thacker.

Among the numerous other historical buildings is one which perhaps best demonstrates the tenacity of the museum's founder. The former Akaroa Grandstand was to be used by the local fire service for practice when Mr Thacker stepped in to stop it from being razed. The entire building was demolished and rebuilt on site with replacement parts bringing it to as-new condition.

For his outstanding work, Murray has been awarded a Queen's Service Medal, while the museum's unique bi-cultural heritage was recognised at Canterbury's 2012 Heritage Awards where it won The Heritage Tourism Award. To these well-deserved accolades, I offer my sincerest recommendation that you add a visit to this worthy museum to your own bucket list. You will not be disappointed.