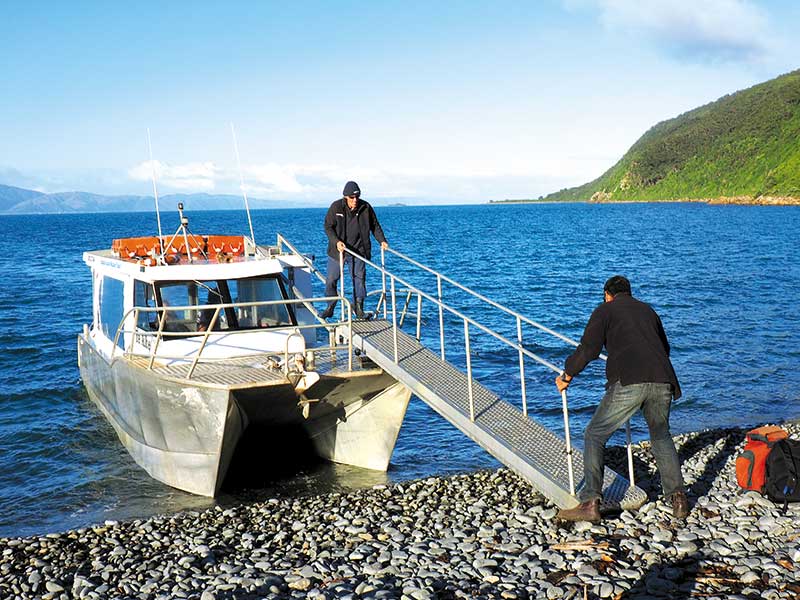 Getting on and off the Kapiti Island is easy 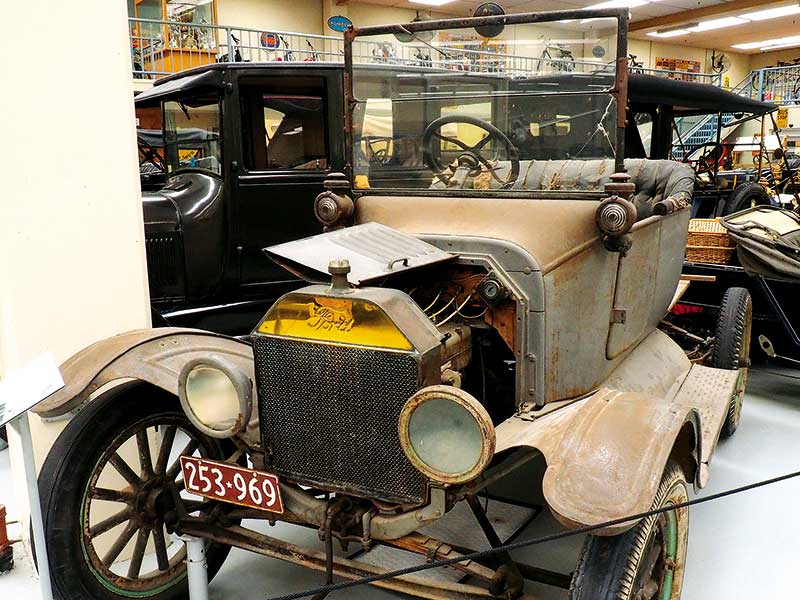 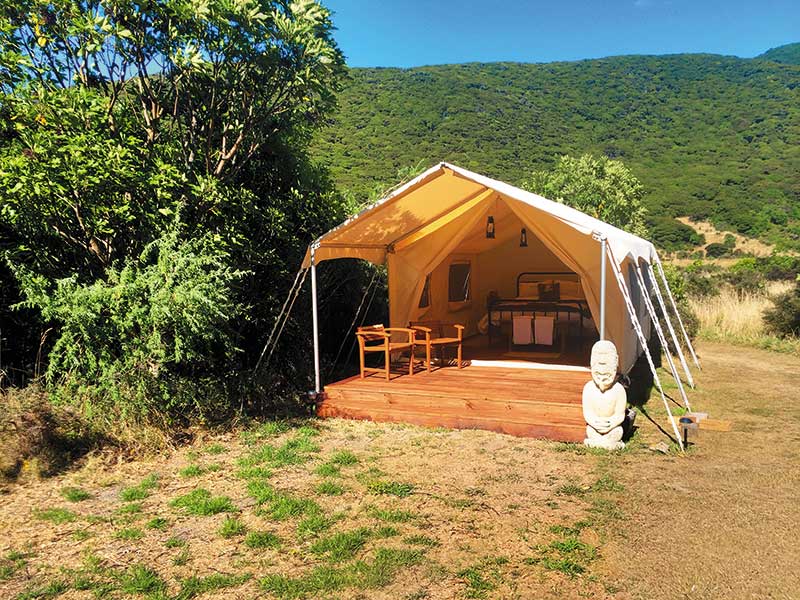 The lodge on Kapiti offers cabins and tents 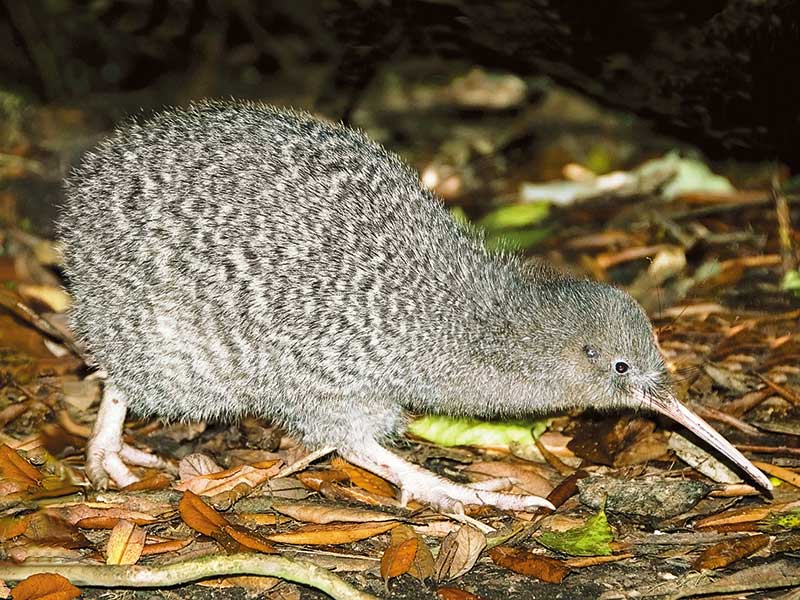 It was when we passed a smiling woman out walking a pair of Shetland ponies along the road that I realised the Kapiti Coast is content to be just that bit different from the rest of the country. Thanks to its new Expressway, it’s easily bypassed but, I quickly learned, that would be a huge mistake. Stretching from Paekakariki in the south up to Otaki, the Coast comprises 30km of sandy beach, bush, hills, and a string of towns and villages full of enthusiasts who love where they live. There are also plenty of surprises tucked into this green countryside, well deserving of a bit of effort to find them. The Southward Car Museum was the hardest to locate—they are currently working on improving their signage—despite being remarkably big at 6000sqm. The museum also includes a theatre and is the site for February’s Coastella music festival.

Set well back from the road behind an expanse of lawn, the purpose-built museum is long, low, and contains $20 million worth of mainly vehicular treasures. Now owned by a trust, it was founded by Len Southward who bought a Model T Ford in 1956 for £40. One thing led to another, and the pride of the 500-plus vehicle collection is a 1953 fire-engine red Ferrari 750 Monza worth a cool $5 million. Gleaming under the lights, its sleek lines hide a chequered and tragic past; all these cars and motorbikes have a story to tell.

From the traction engine crammed impossibly into the basement to the DeLorean with the hoverboard propped on the driver’s seat, and from the Singer sewing machines to the first car to set wheels on New Zealand soil, there are hours’ worth of fascination in here. I could easily have spent a morning poking around but there were birds to be fed. Nga Manu Nature Reserve at Waikanae is a lovely remnant of an ancient forest that’s been developed to appeal to all ages, especially those who like to get close, very close, to some of our most personable birds. Red-headed kakariki, gymnastic kaka, emphatic kea, enigmatic kiwi: they were all right there on my tour with ranger Scott, who was full of interesting information. Did you know that kea and kaka—and parrots in general—are mostly left-footed? Or that their beaks grow continuously, like fingernails? Or that an off-course kereru can actually break a window? A number of the birds at the reserve are recovering from injury before being returned to the wild, but the long-fin eels are free to come and go for their daily feed. For a full-on, over-the-top bird experience, there’s nowhere like Kapiti Island. It’s accessible as a day-trip from Paraparaumu, or overnight with Kapiti Island Nature Tours, who also offer kiwi-spotting. Over a century of protection, with the last 20 years entirely pest-free, means the island is swarming with birdlife, and on a brisk climb up to the 521-metre summit, I encountered many of the resident species including, as well as the usual suspects, stitchbirds, kokako, takahe, and kaka. These last were evident everywhere. They keep a sharp eye out for food opportunities on the deck of the Kapiti Nature Lodge at the north end of the island.

Although the island has many thousands of little spotted kiwi, these were much shyer and stayed out of sight on our after-dinner kiwi-spotting tour; however, we heard them clearly. To be honest, I could, as I lay in bed later, have done without hearing quite so many little blue penguins growling and screeching so loudly and so close: they, the kaka, and the moreporks certainly made the most of the brilliantly starlit night. Even so, it would have been interesting next day back on the mainland to have taken a Waikanae Estuary Bird Tour with Mik, who apparently tells great stories about his feathered friends there; but instead, I settled for owls and a kingfisher on my cycle ride along the Waikanae River with Brett. Part of a move to bring art outside, they’re painted on the supports of the rail bridge, a bright splash of colour backed by the bush-clad hills.

The bridge was the turning point of our easy 10-kilometre ride along both sides of the river: it took less than an hour, but in warm sunshine with a picnic and togs for swimming, it could easily be spun out all day—Brett’s comfortable bikes are available for independent hire.

There are many other cycle tracks to explore, some demanding, others not, but if even a gentle pedal along the river sounds too strenuous, there’s always the option of using someone else’s legs. Four of them, even. At the Te Horo Equestrian Centre, Mandy has a fine selection of amenable horses for taking an escorted ride to the beach or even just a quiet ramble through the paddocks. Certainly, my mount, Ace, appealingly furry in his winter coat, was an undemanding ride; though I could have asked for a livelier horse if I’d wanted.

With more time, I could have taken on some of the walking tracks, too. The Stairway to Heaven, a section of the Te Araroa trail, sounded especially inviting, and if I’d been there just three weeks later, I could have climbed aboard the Kapiti Express to be hauled by a classic steam locomotive between Paraparaumu and Paekarariki—a 45-minute round trip back in time. It’s one of a series of special excursions from the museum in the old railway station.

But there’s another form of transport that has a unique appeal: Kirsty’s old blue bus parked in a garden near Te Horo Beach. A much-loved and authentically battered relic of the 1960s, which once served the pupils of Hamilton Boys’ School, the Bus Stop Café is now a popular meeting-place, half kitchen, half snug seating, surrounded by more tables and shelters out in the quirky garden. It’s the perfect place to sit and plan the next stage of my Kapiti Coast discovery.