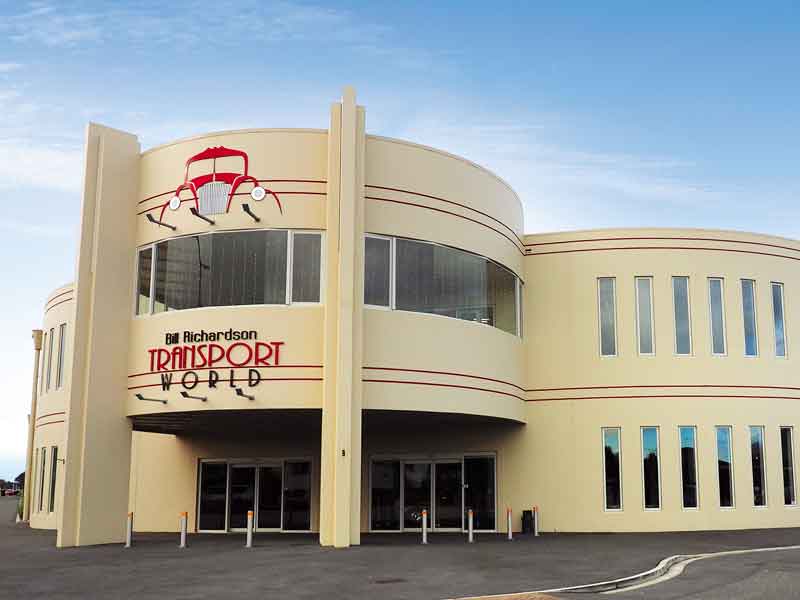 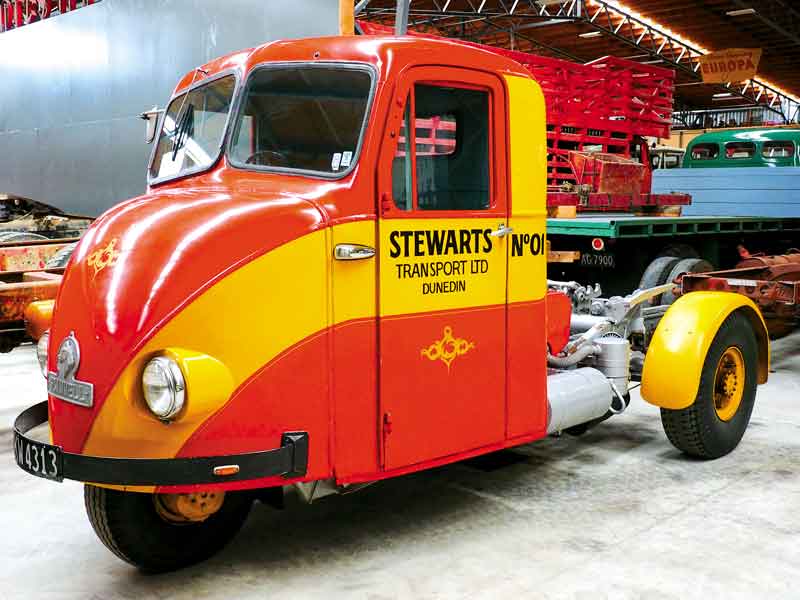 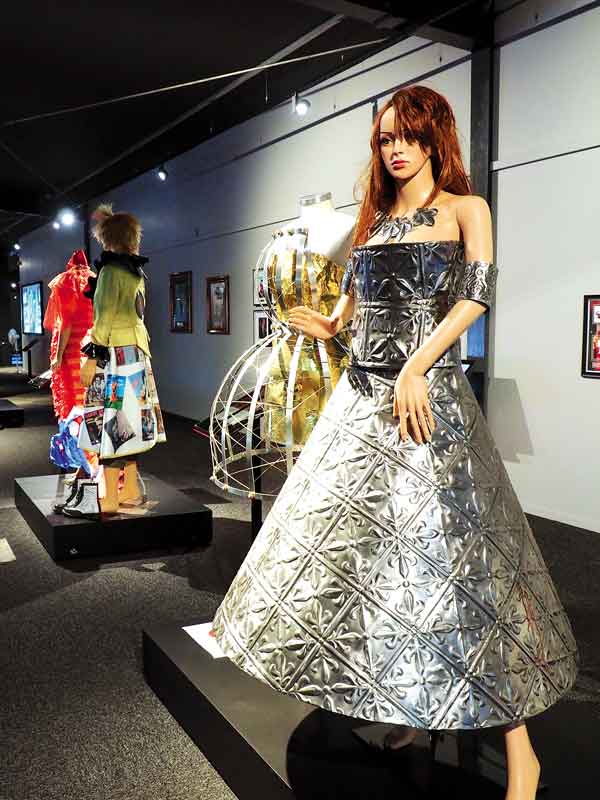 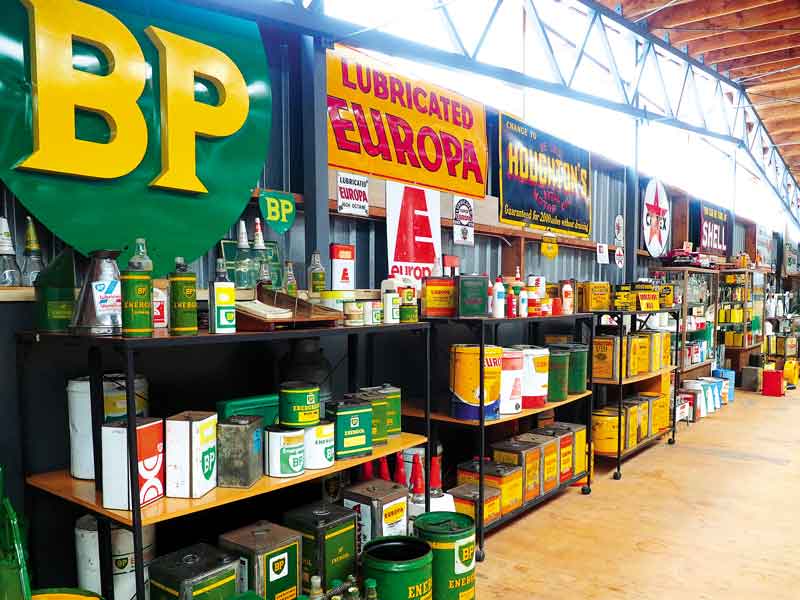 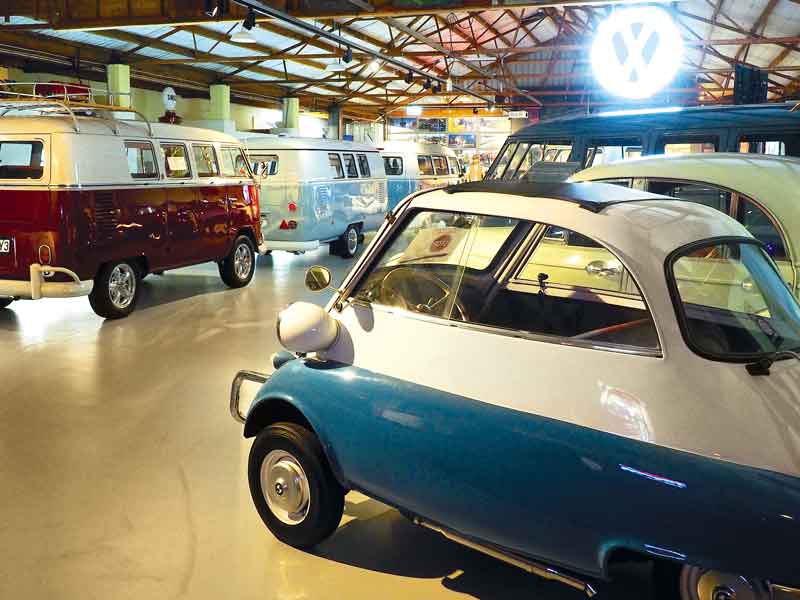 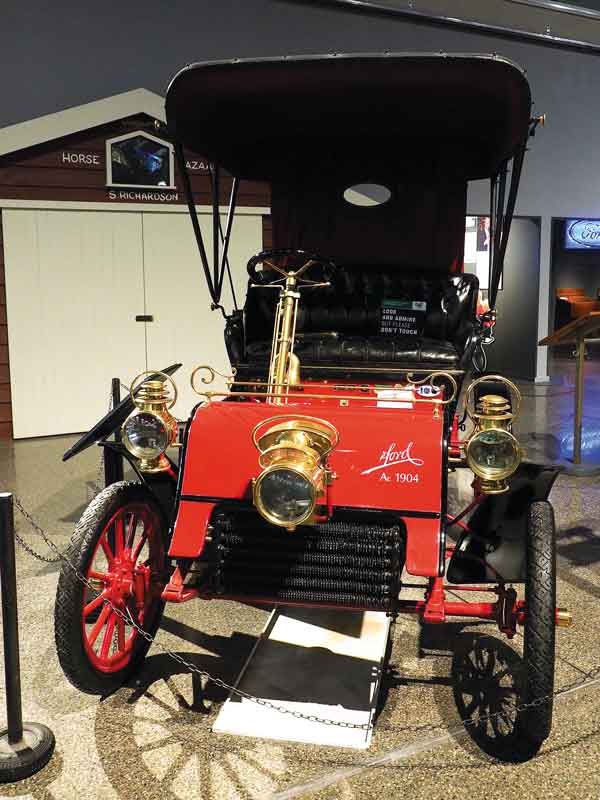 It’s funny how things can creep up on you. Bill Richardson thought it would be nice to buy back his grandfather’s old truck—for the princely sum of £5—and keep it in the family. Tom Sturgess saw a Tiger Cub motorbike for sale beside the road and liked the look of it.

In both cases, one thing led to another, and the unexpected result is that Invercargill is now in possession of a strikingly beautiful and world-class collection of vintage and classic
vehicles. And that’s not even to mention Burt Munro.

No one will talk about how valuable the collection is. “Tens of millions” is the most precise anyone will get. What is certain is that the two Tay Street sites—Bill Richardson Transport World and Motorcycle Mecca—are comprehensive, colourful, unique, and spectacular. Transport World, housed in an Art Deco-style building that extends for 15,000 sqm, contains 300 vehicles, from a paddy wagon to a pedal car. All of them are in working order and most have been restored to gleaming perfection. Despite the world’s only 1914 Stewart Motor Truck and a row of rare Henry Ford letter cars, from a 1904 Model A up to the famous T, the star of the show is the 1940 Dodge Airflow RX70.

One of only three left in the world from the 303 manufactured, and possibly the only one still running, it’s a stylishly aerodynamic tanker, its shiny red Texaco livery set off by an elegant chrome radiator grille. Those voluptuous curves presented problems for the creator of its Lego version in the children’s Construction Zone, who had to source rounded bricks directly from Denmark. This room is one of a number of family-friendly alternatives to exploring the halls of trucks, cars, and farm vehicles.

There’s a balcony of striking wearable art creations from the local Fibre Octave annual show, as well as nostalgic sections such as the Vintage Vault displaying domestic memorabilia from an early twin-tub washing machine to tea cosies and chamber pots. Who knew that HMV made freezers as well as gramophones? And the 200 vintage petrol bowsers are unexpectedly attractive. Bill’s daughter Jocelyn O’Donnell is the inspiration behind the sophisticated design of the presentation, extending to the inventively-themed bathrooms and the wood and Formica glories of the museum’s excellent Grille Restaurant.

She has also indulged her own vehicular fondness in the Retro Zone collection of VW Kombis, guaranteed to fire OE memories. Stirring memory is a major function of the collection, and the 1946 Bedford bus, still with its original red leather seats, is accompanied by voice testimonies from people who rode it to school. Overwhelmingly, though, the visitor’s main reaction is artistic appreciation, of the shapes and colours, the combination of aesthetics with practicality.

This is the inspiration behind Motorcycle Mecca, a collection built up by Nelson businessman Tom Sturgess and last year sold to Transport World. More an art lover than a traditional petrol head, his 300 vehicles include elegant Morgan three-wheelers, quaint wicker-basket sidecars, and curvaceous motor scooters as well as a wide variety of traditional bikes, from a simple Motosacoche to a row of outrageously OTT Harley-Davidsons.

Displayed inside a restored Art Deco department store, its brickwork exposed and magnificent cast-iron radiators heating the space, the bikes are part of an aesthetic whole. On the walls are period posters and original paintings, some of them more valuable than the machines. Ranging from a 1902 Peugeot to a 2004 chopper, the collection is comprehensive. Exploring the two floors is an education in the development of the motorbike from a literally motorised bicycle to a super-fast aerodynamic marvel. Still recognisably part of the first category is the most valuable piece, a 1937 Brough Superior worth more than $1 million; and definitely in the second is John Britten’s V1000 Cardinal, capable of 310km/h, which, even stationary, looks airborne.

Browsing through the collection, hours can pass here, even before the planned interactive family zone is opened, so it’s as well that downstairs the Meccaspresso Café supplies energy of all sorts. Also themed by Joce O’Donnell, it’s a triumph (pun intended) of artfully-lit machines combined with tempting food. Although Motorcycle Mecca owns “a tribe of Indians”, they have left it to E Hayes to tell the story of Burt Munro. Here, in the unlikely setting of a comprehensive but otherwise ordinary hardware store, surrounded by chainsaws, baking tins, and rolls of kitchen towels, is The World’s Fastest Indian. This bike has the original engine with which, 50 years ago, Munro broke the world speed record for a Class S-A 1000cc bike: 295km/h. His record still stands.

Low-slung, little more than an engine and wheels, and making no concession to rider comfort, this much-modified 1920 Indian is a remarkable machine; as is the 500cc Velocette next to it, Burt’s other, unfinished, project. Scattered throughout the store, among the shelves of tools, lightbulbs, and camping equipment, the eclectic Motorworks collection includes many other rare motorbikes and some cars—among them a 1912 Buick, a 1993 Corvette, a 1956 Morris van—as well as bicycles, and a fascinating assortment of early farming and engineering machinery, some of it invented by the original Ernest Hayes in the late 1800s.

October saw the opening of the third, and most hands-on exciting, phase of Transport World’s automotive empire. Dig This is a first for New Zealand, although the original, a Kiwi invention, has been voted one of the top attractions in Las Vegas for some years now.

Here, on a regular city block, the adventurous can operate a 15-tonne digger. Alone in the cab, under headphone instruction—and subject to a kill switch—they can spin in circles, dig a trench, pile up tyres, and delicately place basketballs on top of road cones.

The more destructive can choose to smash a car to smithereens. There are also bulldozers and smaller diggers to operate, some of them set up for children. It’s a guaranteed blast and just one more excellent reason to visit Invercargill. Pamela Wade was hosted by Venture Southland. Explore more destinations to visit in Southland on NZMCD.