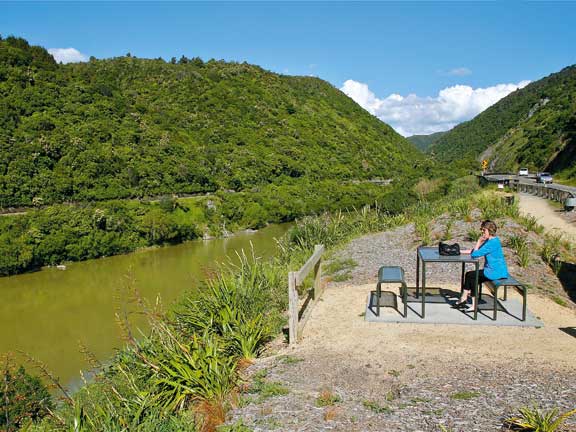 Patiently waiting for the main attraction 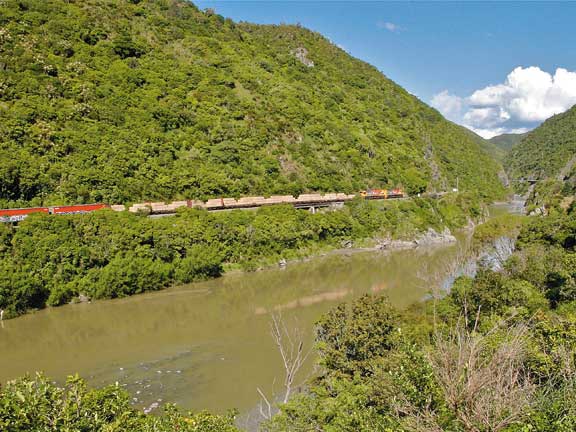 The parking bays are a great place to trainspot 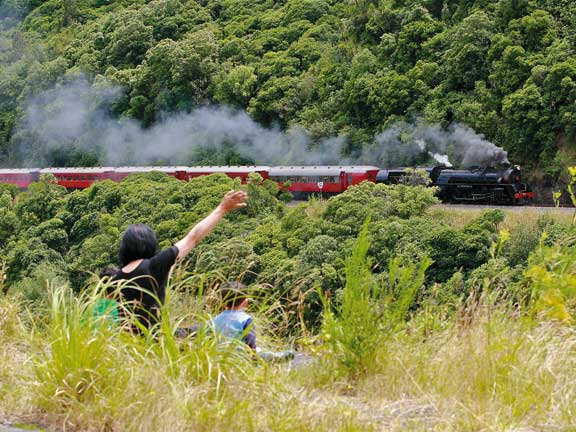 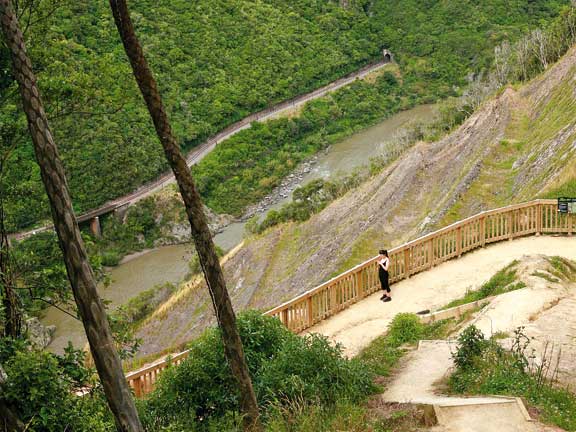 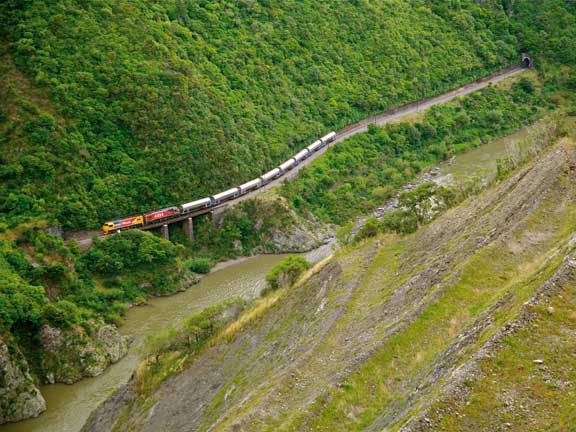 For most drivers, the stretch of SH3 that twists and turns through the Manawatu Gorge falls into two distinct categories: those who want to get through it as fast as possible, like me, or those who stop momentarily at one of the parking bays strategically placed along the seven-kilometre route to take in the scenery or to ease jangled nerves.

It never occurred to me there was more to this stretch of highway besides elevated lanes of tarseal and stress levels. I was aware of the railway line on the other side of the river but in all the times I had driven through the gorge, I had never actually seen a train on it. This was about to change however, as my next trip through the gorge was timed to coincide with a steam train excursion travelling from Palmerston North to Masterton in early January. My other passion, besides photography, is trains — especially the steam trains. All too soon they slid into history and disappeared from everyday life, so the chance to photograph one this year in such a spectacular setting as the Manawatu Gorge was too good to pass up. I arrived early to stake out a good position to photograph the train by driving the length of the gorge, testing each parking bay, before finally settling on the first one past the main car park as you enter the gorge from the Ashurst end.

My first glimpse of a train was a set of two diesel locomotives heading east and returning about an hour later, heading west, hauling stainless steel tank cars, known as the 'milk train'. My location across from the entrance to the first tunnel meant watching it emerge from the darkness of the tunnel portal made a great photograph — the first of several 'money' shots that would magically come together throughout the day.

By now my parking bay was beginning to fill up with people brandishing video and still cameras, all pointing westward. In an effort to get photos that weren't the same as everyone else's, I moved away to the far end of the bay to get a different perspective that was a little more original.

It seems only a steam engine can reduce grown men to blithering idiots, myself included, as that faint distinctive whistle could be heard in the distance and the tell tale first glimpse of black smoke appeared. You could feel the excitement grow amongst the 20 or so camera-wielding train buffs and the screams of their kids: "It's coming, it's coming." Only the wives stayed calm and aloof, continuing to read their newspapers or knitting, as they remained in their cars — all bar one, who sat down in the grass with her two young sons, right in front of me.

Here's my next money shot, I thought, as the steam train came round the bend sending billows of black smoke into the air. It was a beautiful sight, watching it glide along the sides of the gorge, with the river far below reflecting back in parts the image of the shiny black steam engine and the immaculate red carriages, full of people visible through the windows and standing on the balconies. Almost immediately there was a constant sound of clicking cameras that lasted for about 20 or so seconds, until the train disappeared into the first of two tunnels. As the train passed in front of me, the mother sitting in the grass raised her arm to wave, giving me my second money shot.

Suddenly there was a mass exodus, as everyone ran to their cars and sped off to get ahead of the train for another set of photos. I chose to go to the end of the gorge where I knew there was a bend that would enable me to get a shot of the highway as well as the train.

My final shot of the steam train was on the outskirts of Woodville, as it crossed the Manawatu River on its way to Masterton. While the train was being watered at Woodville I had time to set up a shot I wanted to do that reminded me of the cereal cards I used to collect as a boy. It involved walking across farmland from the road bridge and shooting from the other side of the rail bridge where the river was clearly visible. The wind was also blowing at right angles to the bridge and would be clearly seen from this location.

Tripods and the continuous shooting mode are a photographer's best friend — it was all over in about five seconds flat. The best shot of the day I thought at the time, but there were two more to come.

To me, the iconic structures defining the Manawatu are the wind turbines spread out on the hills on each side of the gorge. Whether you're travelling from the east or the west, they seem like beacons of welcome. No trip to the gorge is complete without getting up close and personal to one. At the Te Apiti Wind Farm you can do just that.

Between Woodville and the eastern entrance to the gorge a sealed road will take you up into the hills, where you can park your car right beside one. The sheer size of the turbines is not apparent until you stand against it and look up. The spinning of the blades emit an almost hypnotic sound that I found to be very relaxing.

Full of enthusiasm, I drove back to the main car park at the western entrance to the gorge to tackle the final hurdle — a bush walk up into the hills to view the site of the massive slip that closed the highway in 2011.  After using what I thought must be the cleanest and stylish long drop in the country, I followed the gravel path from the visitors display area to an underpass running beneath the highway.

Here a series of platforms and wooden stairs takes you from the dull thud of rubber tyres on the tarseal above you, to the tinkling of running water and a mini waterfall in the space of about eight seconds. This is the starting point for a five-hour, one-way walk from one end of the gorge to the other, a loop track of around two hours return, and my chosen walk of two hours return to the Big Slip Lookout. It is tough going at first, but once you clear the boardwalks and stairs, the track levels out and runs on top of the hills toward the first lookout overlooking the White Horse Rapids. It's a short distance from here to the Big Slip Lookout, the scene of New Zealand's largest slip to date.

It's not until you look down the face of the terraced cliff that you realise just how big the slip was. The event is well documented on photo boards attached to the safety barrier that encloses the public viewing area.

Another feature of this area is the flocks of wood pigeon (or kereru) that fly out from the treetops and circle high above the gorge for a while, before returning to the bush.
In one such flight I counted 17 of them and in another nine. I have never seen so many at one time. Finally, after a good half-hour rest, I started to climb back up to the track for the downhill walk back to the car park.

Yet again, I struck gold as another milk train suddenly appeared, snaking its way between the two tunnels far below, providing my final shot for the day. It had been a very special day. Not only did my photography come together seamlessly, but the usual stress experienced when driving through the gorge was replaced with awe and wonder. I've already decided to come back again, but this time I want to be on the steam train to photograph from a different perspective this remarkable piece of SH3, the Manawatu Gorge.

For the latest reviews, subscribe to our Motorhomes, Caravans & Destinations magazine here.