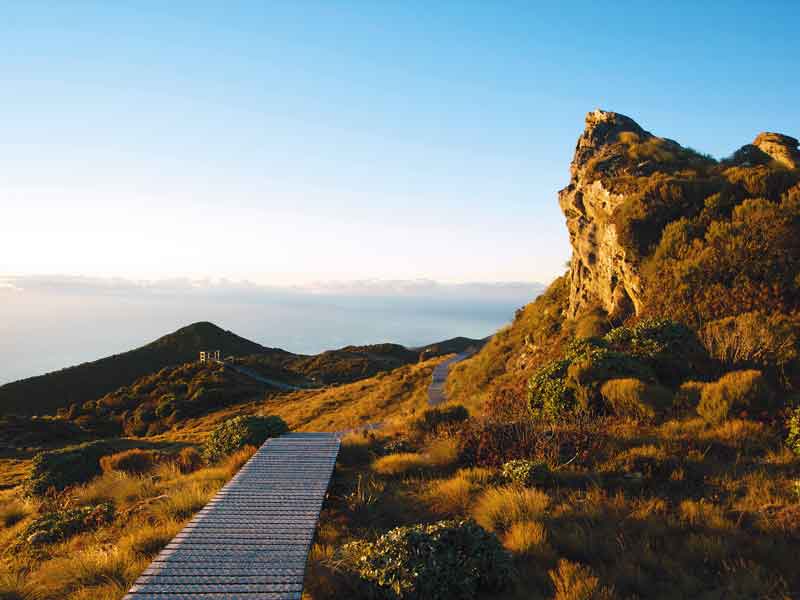 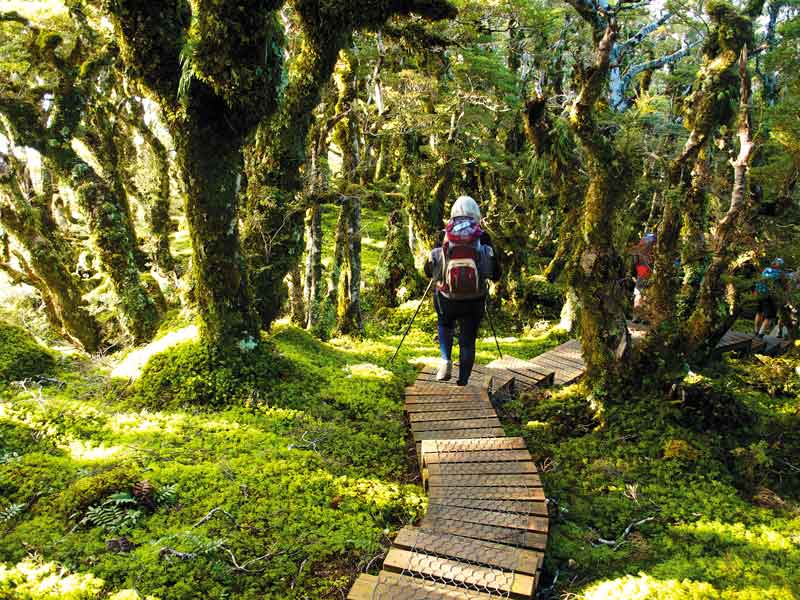 Mossy and gnarled the Enchanted Forest is well named 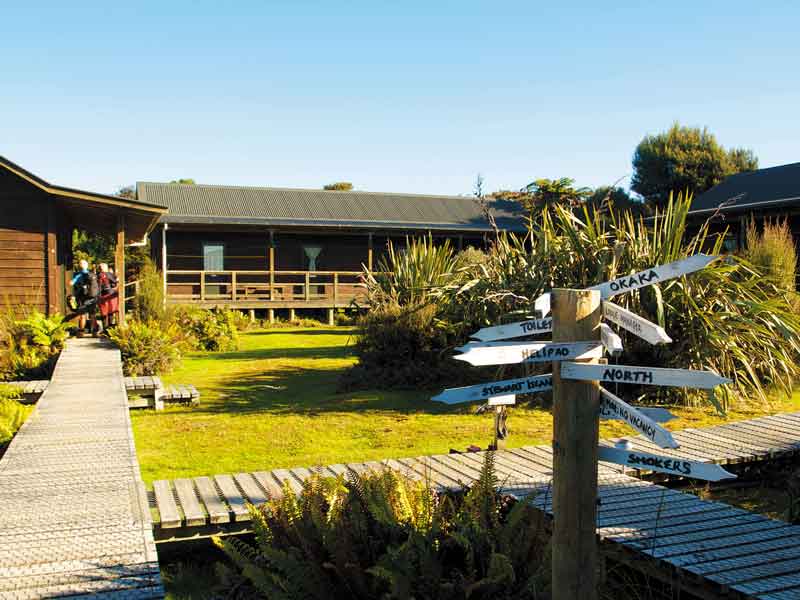 Port Craig Lodge is a welcome haven of comfort 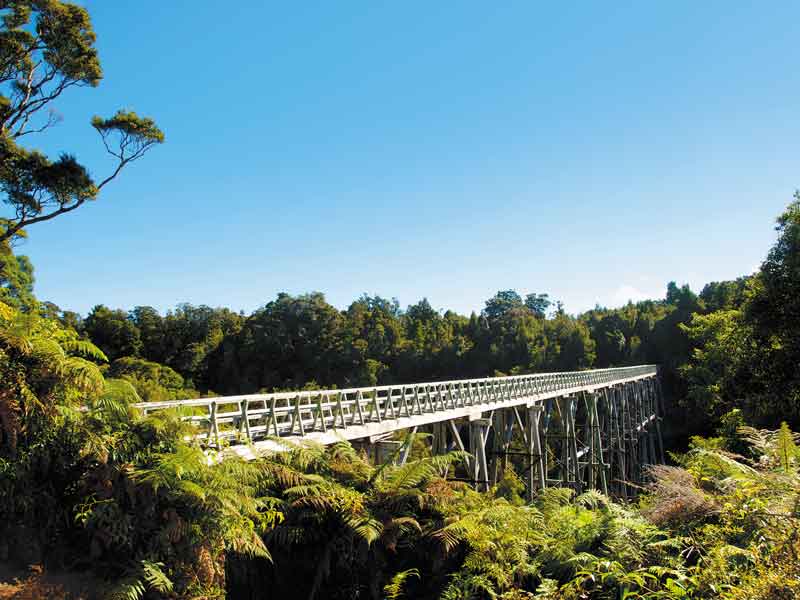 The Percy Burn Viaduct is 125m long and 36m high 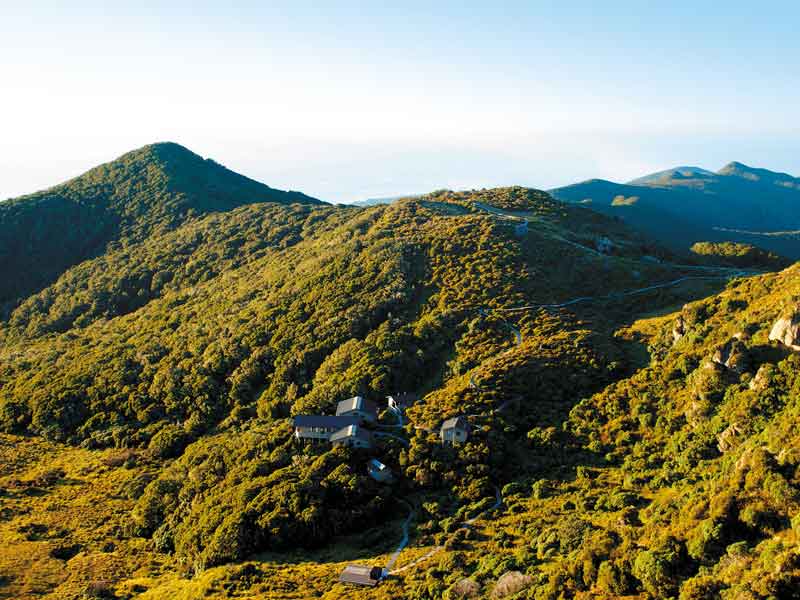 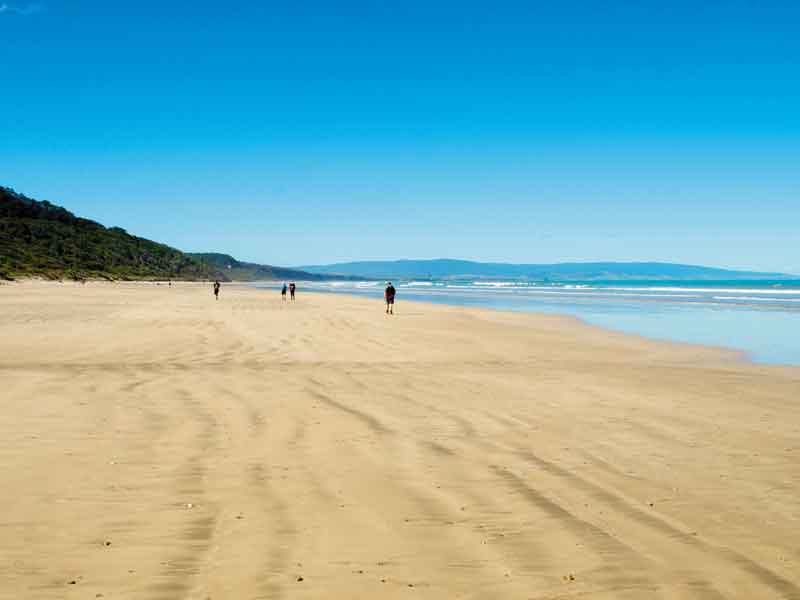 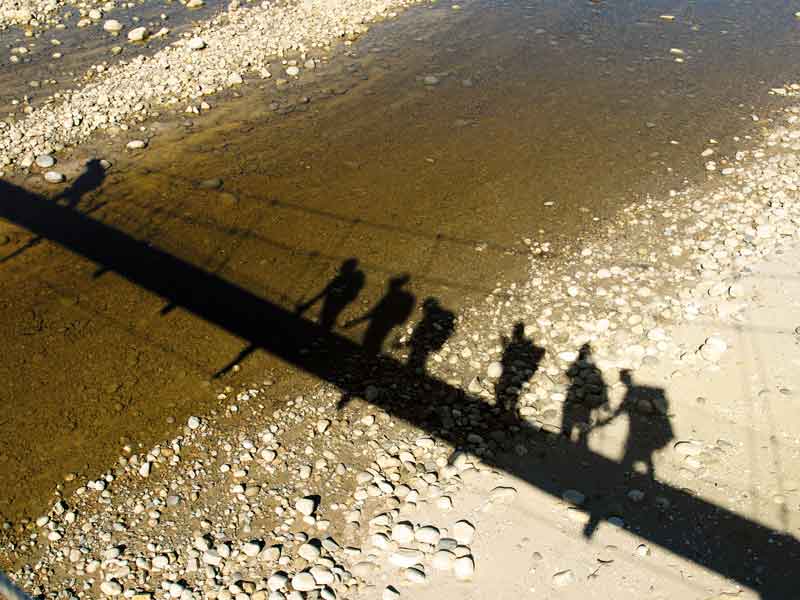 Shadows stream and stones the tramp is nearly over 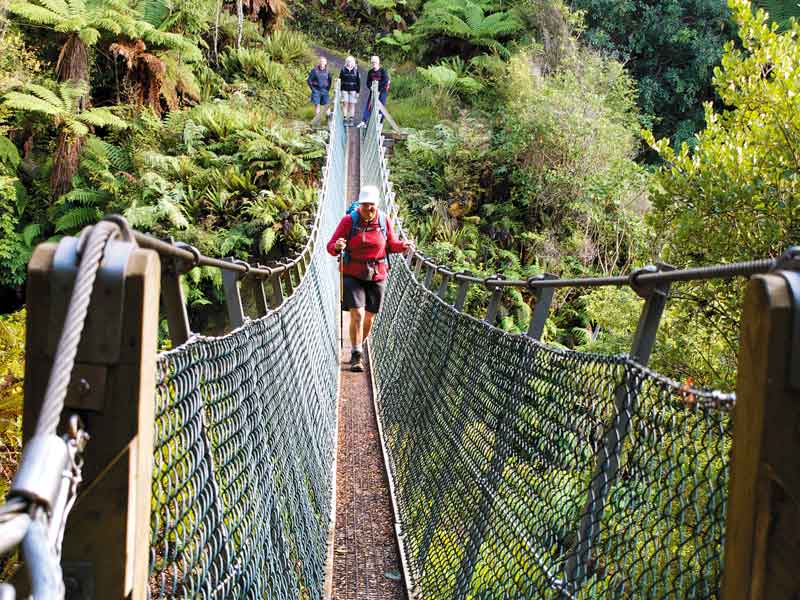 Suspension bridges are part of the fun

Sometimes, cheesy is best. We were standing on top of a peak in Fiordland, all around us rocky ranges, bushy valleys, a mist-shrouded lake and the distant Southern Ocean, everything honey-glazed by the newly risen sun. Behind us were tall weather-sculpted tors, perfectly reflected in the alpine tarn at their feet.

Here, on the highest point of the Hump Ridge Track, guide Liz shared an unexpected piece of trivia: that Dorothy Sherriff, a schoolteacher from nearby Tuatapere, had sent the Carpenters a poem she’d written, which they had turned into their 1973 hit, Top of the World.

When the track was officially opened in 2001, the song was sung within view of this summit by children from Sherriff’s school.

As Liz spoke, fellow-tramper Evan flicked through his iPad, finally giving it a triumphant tap. Karen Carpenter’s voice rang out into the crisp, still morning: “There is wonder in most everything I see, not a cloud in the sky, got the sun in my eyes… it’s the nearest thing to Heaven that I’ve seen.” It was a golden moment, adding an extra layer of glory to the gift of having woken to a perfect late-summer morning. The previous evening had been more like winter when, after dinner, we followed the boardwalk from the lodge up to the top in drifting fog, the strange outlines of the tors—a gaping mouth, a giant frog—looming spookily in the long southern dusk. The guided option for this three-day walk begins with the luxury of a short helicopter ride over the sparkling waters of Te Waewae Bay. Plonked down in what was, ‘til the last second, an invisible landing site on a steep hillside, our group of 11, including guides Liz and Ray, set off through the bush.

This first day was described as challenging: climbing up 800 metres, over a distance of 12km, requiring moderate to high fitness.

The first half, though, was a pleasant stroll along a well-made path through open bush flitting with fantails and bellbirds, and the embossed toilet paper in the loo at the lunch stop was a reassuring touch of luxury. But then things got serious. There were steep climbs along a less-distinct track, picking our way among tree roots, scrambling over rocks, up and up and up. “Well done!” Liz said after a long bout of steady sweating, thinking she was encouraging us. “You’re a third of the way up The Grunt.”

Distraction is invaluable at times like this, and the bush itself provided plenty: gnarled tree trunks fuzzy with moss, ferns spotlit by shafts of sunshine, glimpses of the coast increasingly far below, the sea a brilliant blue.

Higher up, we entered the lichen-draped goblin forest, the trees stunted and misshapen. Then, finally, it was all over: we had reached the top, the promised panorama hidden by chilly mist but the comforts of Okaka Lodge awaiting us at the end of a zigzag boardwalk.

Hot showers, soft furniture, private bedrooms with our bags delivered by helicopter, and then a sociable dinner of venison with wine: it was all worth that effort. And the hand-knitted hottie covers at bedtime? Genius!

Crunching over the frosty wire netting on the boardwalk next morning, everything sharp and clear, yesterday’s toil was forgotten. Ahead were two days of mainly downhill walking, allowing leisure to admire the hard work that others had put into enabling our civilised ramble.

In an inspiring example of a community working together as a charitable trust to bring visitors to the area, the Hump Ridge Track is owned and run by Tuatapere people. The boardwalk under our feet, 20km of it altogether, was assembled in sections by local volunteers in a woolshed before being so professionally installed that in places it seemed to float above the ground. We passed through a series of different landscapes this day. The Enchanted Forest was well named—a carpet of filmy ferns bright beneath mossy, distorted trees where cheeky robins, fantails, and tomtits pecked at the insects we disturbed.

Hungry ourselves, we had two lunches, the first perched on Luncheon Rock with a long view from Fiordland and to Stewart Island and the second on the far side of the longest wooden viaduct in the southern hemisphere.

This is the Percy Burn Viaduct: 125 metres long, the rail deck on its timber trestles is 36 metres above the river. The biggest of four viaducts, it’s part of what was New Zealand’s most ambitious milling project.

Back in 1916, the Waitutu Forest rang to the sound of Irish navvies building the 14km Port Craig bush tramway, to bring timber out of the bush to the sea.

But just 12 years later, the bush was silent again, supply and demand having failed to meet expectations. For us, though, a couple of hours’ easy walking along the tramline they had built to Port Craig made a pleasant end to the second day’s 20km.

Whereas Okaka Lodge looks dropped into the untouched wilderness, Port Craig Lodge is surrounded by the remnants of civilisation: a little schoolhouse, the rusting remains of boilers, log hauler, and wharf.

The beach, scattered with sea-smoothed bricks, is now a peaceful place where penguins come ashore. The lodge itself is cheerful and jokey, and Joyce’s hot manuka-smoked Stewart Island salmon is second to none. The last day is 20km of bush and beach: cathedral groves of tall trees where the air rings with the harsh cries of kaka and the music of bellbirds, and long golden strands edged with blue sea, black rocks, and white surf.

It was a real pleasure to walk on hard sand and even better to stop halfway along and look back to see Hump Ridge rising from the coast up to the distant spikes of the tors at the summit, and know that we had walked there and back again. No one wanted to get to the end.

Finally, though, there were cribs, a road, and the minibus waiting for us. We were back at sea level but still on top of the world. Pamela Wade was a guest on the Hump Ridge Track.